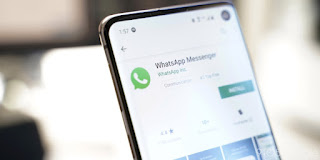 Google Assistant has always done a great job. by adding lots. of features and it has always been integrating with a bunch of third-party messaging services.

This week, Google quietly announced that. Assistant would be able to make video and audio calls with WhatsApp.

If you’ll recall, Google expanded what it could do with WhatsApp. earlier this year, but it’s never been able to control calls.

In a blog post yesterday, Google confirmed that the functionality was available. mentioning that, for the time being, it will only be available through Android.

You’ll need to be a WhatsApp user on Android to make video or audio calls with. Google Assistant voice commands.

Presumably, this could eventually make its way to smart displays like the. Google Nest Hub in the future, but for now.

Google says this requires the WhatsApp app for Android.

The Assistant already works with popular messaging services to help you read and send messages.

Now you can make hands-free audio and video calls with the Assistant starting in the WhatsApp Android app.

BravoTechArena has always ensured that her visitors are updated this bringing this info to their door steps.

How to Activate 1GB for N100 on Airtel SmartTrybe

How to Activate 1GB for N100 on Airtel SmartTrybe