by Kingsley Lordbravo
0
Pes 2018: Who doesn’t watch football games hmm, is one of the popular game that the whole world loves. Now, the PES (Pro evolution soccer) 2018 game is coming soon with exclusive features and has been announced by Konami. The latest entry in the long-running football series will hit PC (personal computer), PS3, PS4, Xbox 360 and Xbox One. 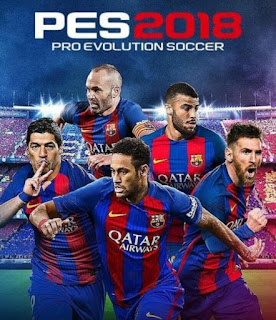 The  Pro Evolution Soccer 2018 is announced to be released on September 12 in America and September 14 in India and Europe. It also comes with new features.

Konami says PES 2018 will see more inclusions in the series than there’s been in 10 years.

Read Also: How to Improve Graphics On Android Games With MultiSample Anti-aliasing

Now, I think PPSSPP Emulator version or Android version should also come out for smartphones to enjoy the best of PES and features as well. What do you think?